Is the white roof really effective?

The white roof is one of the latest trends in energy efficiency. Its installation is equally present in the residential, commercial, industrial and institutional sectors, both in the United States and in Canada. Over the last 15 years, white or reflective roofs have become very popular. They are even part of the prescriptive requirements in some northern cities like Montreal.

It is true that in some warmer climates, the white roof is a useful and effective option. But its systematic use in cities north of the 45th parallel raises a great deal of questioning and requires, in my opinion, a careful examination of each project before continuing the trend of reflective roofs.

The myth of white roofs

The popular favor as well as many regulations, not scientifically based, tell us that white roofs always save energy and reduce pollution. Unfortunately, this statement is a myth!

The claimed benefits of reflective roofs, especially when used in colder climates, are based on unclear science and selfish marketing that has led to the belief that white roofs are energy efficient and more cost effective than more conventional roofs.

What is it really?

In fact, white roof membranes have a high reflectivity that directs heat upward, as do energy-efficient glasses. Therefore, the presence of a vapor barrier on the hot side of an assembly, which is mandatory according to the Building Code, traps an abnormal rate of condensation under the white membrane which, in turn, has weak properties. permeability to water vapor. 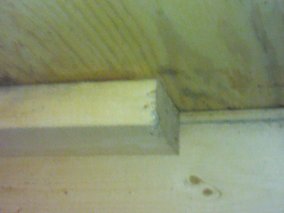 And who will be responsible for these problematic situations? Considering that the contractor installs the white membranes by obligation in the sectors identified by the Régie municipale and the regulations in force without being able to take into account the type of construction of the building and its environment, can it be held responsible for the problems which result?

In an urgency to reduce "the effect of heat islands" by a few degrees in summer, white roofs have been presented as "a saving solution to counteract global warming. In Nordic countries like Canada, this notion remains true for a few weeks a year, 6 weeks at most!

This same phenomenon is considerably reversed in winter, where snow accumulated on the surface acts as an additional insulator, displacing the dew point under the membrane. Not to mention accumulated dirt that significantly reduces the rate of reflection, and this, from the second year after installation.

What the studies say

All studies, including the Lawrence Berkeley National Laboratory, demonstrate the effectiveness of reflective white roofing throughout, including northern climates. However, these studies do not take into account thermal performance, air infiltration or steam entrainment. They are limited to measuring the surface temperature at the roof level.

New studies, including one from Virginia Tech, question the energy savings of white reflective membranes and challenge the hypothesis on which standards and codes were based. They demonstrate that the reflectivity of windows, masonry walls, ventilated roofs and many other phenomena contributes more to the increase of the ambient temperature and can even cancel and cause problems of condensations or others.

Architects, engineers, building owners and roof system designers are also questioning their scientific validity. In a PDF document available on their website, RCI recognizes that for colder climates installing a reflective roof is not always the ideal option. 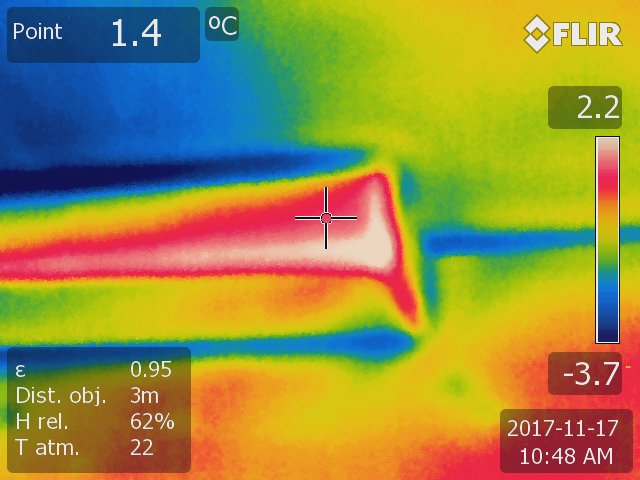 Thermal image showing condensation contamination of a wood decking after only 2 years of installation.

My expertise, my questioning

Working as a building envelope waterproofing consultant with specialization in infrared thermography and having no connection with any membrane manufacturer, I consider that I have an unbiased perspective and expertise supported by sad realities.

Considering now the various problems related to the white roof in northern climate, a question arises: should one wait for major roof subsidence before reconsidering the systematic implementation of white roof on a building? 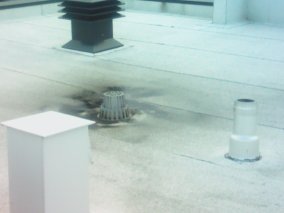